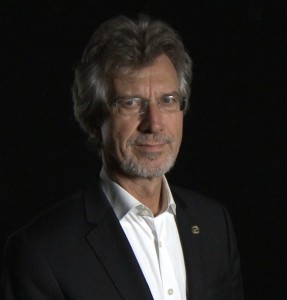 Zoltan J. Acs is a Professorial Research Fellow in the Department of Management at The London School of Economics and Political Science. He is also a University Professor at the School of Public Policy at George Mason University (on leave), Visiting Professor at Imperial College Business School in London and affiliated with the University of Pecs in Hungary. Previously he was a Research Scholar and co-founder of the group Entrepreneurship, Growth and Public Policy, at the Max Planck Institute of Economics, Jena, Germany, served as, Research Fellow at the U. S. Bureau of the Census, Chief Economist at the U.S. Small Business Administration (SBA), Associate Director of the Center for International Business Education and Research (CIBER) at the University of Maryland, Research Fellow at the Science Center Berlin (WZB), Research Associate at the Institute onWestern Europe at Columbia University and Scholar-in-Residence at the Kauffman Foundation.

Dr. Acs holds a Ph.D in economics from the New School for Social Research in New York City and is a leading advocate of the importance of entrepreneurship and innovation for economic development. His research cuts across disciplines and has appeared in the American Economic Review, Review of Economics and Statistics, Kyklos, Journal of Urban Economics, Economica, Research Policy, Regional Studies, JBV, SEJ, and Science Policy. His most recent book `Why Philanthropy Matters: How the wealthy give, and what it means for our economic well-being`, was published by Princeton University Press.

Along with Dr. Laszlo Szerb is the founder of the Global Entrepreneurship and Development Index (GEDI) that is the first tool to track entrepreneurship, institutions and economic development in the global economy. He is also the coeditor with David Audretsch and founder of Small Business Economics a leading academic journal. He received the 2001 International Award for Entrepreneurship and Small Business Research, on behalf of The Swedish National Board for Industrial and Technical Development, holds an honorary doctorate from the University of Pecs and is a full member of the Hungarian Academy of Sciences.