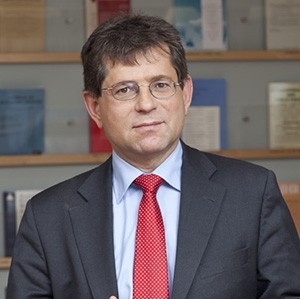 Magnus HENREKSON completed his doctoral dissertation in 1990 at the University of Gothenburg. The dissertation dealt with empirical determinants of public sector growth. Apart from academic merits he has experience from international banking (1981–83) and extensive involvement as advisor, lecturer and board member both in private industry and the public sector. From 2001 to 2009 he was Jacob Wallenberg Professor of Economics at the Stockholm School of Economics and is, since 2005, director of IFN. Magnus Henrekson has published extensively both in international scientific journals and in Sweden. His research is empirically oriented. Since the end of the 1990s he has mostly examined the institutional determinants of the business climate. This research rests on the premise that the rules of the game for the business sector impacts on the industry structure, firm structure, the growth rate of firms, the supply of entrepreneurship, the rate of new firm formation, the ownership structure et cetera.

In collaboration with Steven J. Davis at the University of Chicago Magnus Henrekson has developed methods to test whether pertinent rules of the game have differential effects on different firms depending on their age, size, industry, ownership structure and capital intensity. This methodology has been applied in a number of areas in order to explain, inter alia, the size distribution of firms, the growth of firms, the propensity to start new firms, how wage-setting institutions affects the firm and industry structure, the effect of personal taxation on the choice between work in the formal and informal sector, and cross-country differences in academic entrepreneurship.

Throughout the 1990s Henrekson conducted several projects aimed at explaining cross-country growth differences, and more specifically tried to explain Sweden’s slow growth relative to other countries from the late 1960s until the mid 1990s.