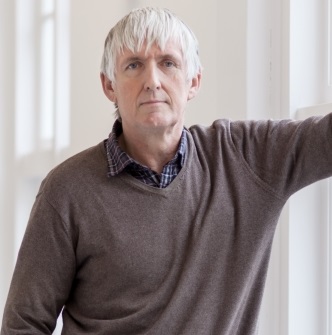 In 2011 he was awarded the prize ‘Akademiehoogleraar’ by the Royal Academy of Sciences. In 2003 Van Zanden was awarded the Spinoza premium, the highest distinction in Dutch sciences, by NWO.

His research can be summarized by referring to two large research projects he has set up recently. The project ‘Agency, Gender and Economic Development’ (funded in open competition by NWO) analyzes the complex links between economic development and ‘agency’, defined as ‘the capacity for autonomous social action’; it aims to test what he calls the Sen hypothesis, that agency (or freedom) enhances economic development, and vice versa. It focuses on the one hand on agency at the micro level – at the consequences of (arranged or consensus) marriage, and different family systems – and on the other hand on agency at the macro-level, at political participation and democratization. It is inspired by institutional economics and development studies (for example concerning female empowerment) and tries to link these approaches. It has resulted in papers on ‘Girlpower’ (the genesis of the European Marriage Pattern), on institutional determinants of long-term patterns of urbanization (From Baghdad to London), on the economic consequences of European parliaments between 1188 and 1789, and most recently on the effects of dictatorship on growth (and a book on the ‘long road’ to the Industrial Revolution).

The second projects concerns Clio Infra, a large research infrastructural project (also funded by NWO) aimed at putting together and standardizing the economic, social-political and demographic data about the world economy between 1500 and 2010. Part of it is the Maddison project, which aims at continuing the work done by Angus Maddison in the field of historical national accounting. Clio Infra broadens the scope and includes data on other aspects of economic performance (such as biological standard of living), institutions, demographic and social indicators. Its goal is to provide a research infrastructure for the study of global inequality. Work on this has produced papers on global income distribution (1820-2000), real wages in Asia, Europe and Latin America, GDP of Holland between 1347 and 1800, GDP of the Cape Colony in the 18th century, the GDP of the Yangtze Delta in the 1820s or a book on Indonesia between 1800 and 2010.

The central role he plays within the economic-historical community (a.o. as President of the IEHA) gives him access to scholars and their data worldwide, necessary for Clio Infra. Part of the research strategy is to set up projects with colleagues from abroad, to organize regular conferences (we organized the XVth World Economic History Congress in 2009, and we set up the Centre for Global Economic History to institutionalize these activities), and work with those colleagues on projects and papers (co-authored recently with colleagues from China, Argentina, South Africa, Germany, the UK, Greece). The Utrecht research group also has become truly international ‘workshop’ with PhD students and postdocs from all over the globe. The ultimate goal is to understand why some countries became rich and others remained poor.